[:it]The Schizophrenia Proneness Instrument has its origins in the basic symptom concept first described by Gerd. Basic symptoms are subtle, subclinical self-experienced disturbances in drive, stress tolerance, affect, thinking, speech, perception and motor action, which are phenomenologically clearly distinct from psychotic symptoms. They can be present before the first psychotic episode, between and after psychotic episodes, even during psychotic episodes themselves. They were thought to be the most immediate psychopathological expression of the somatic disturbance underlying the development of psychosis – thus the term ‘basic’.
Basic symptoms are phenomenologically different from mental states known to the patient/subject from what s/he considers his/her ‘normal’ self and thus are clearly distinguishable from subtle disturbances described as traits in those at genetic high-risk. In addition, basic symptoms are phenomenologically clearly distinct from attenuated or frank psychotic symptoms – employed in the ‘ultra-high risk’ (UHR) criteria of an imminent risk of first-episode psychosis – as they are not necessarily observable by others as are odd thinking and speech, negative symptoms and formal thought disorders. They are regarded as having originating in the subject, unlike schizotypal perceptual disturbances and hallucinations, and do not primarily affect thought content as do magical thinking, ideas of reference, paranoid ideation and delusions. 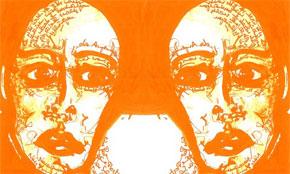